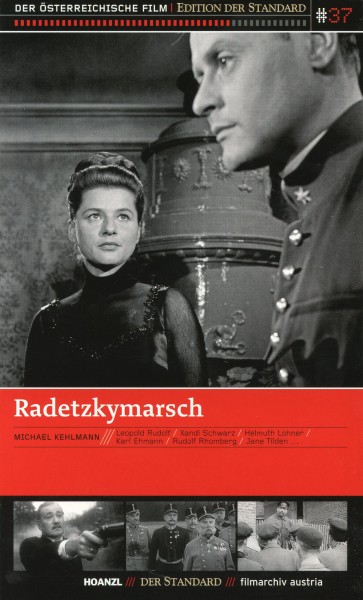 Description
Description
The Radetzskymarsch is a piece of immortality and infinity. (Michael Kaufmann) The son of... more
Close menu
Product information "Radetzkymarsch"

The Radetzskymarsch is a piece of immortality and infinity. (Michael Kaufmann)

Radetzkymarsch is based on a novel by Joseph Roth, an elegy of the fall of the K and K monarchy. It describes a world in which sons have to follow the paths of their fathers based on ancient decisions of ancestors. The film is a major contribution to Austrian cinema history. It was played in cinemas in the USSR, Western Europe, Canada, and Chile. (3sat)