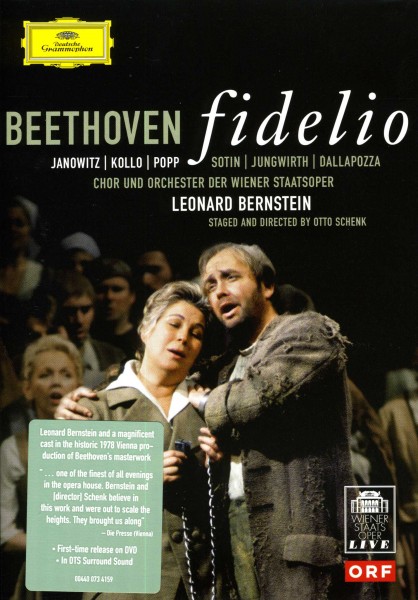 Story Line:
Leonore, wife of the high-born Spanish state official Florestan, believes that his sudden disappearance two years earlier was the result of politcal machinations which he was determined to expose. Florestan's friends, among them the Minister of State Don Fernando, are convinced that he has been murdered by his enemies, but Leonore refuses to accept this, despite its near certainty, and goes in search of her missing husband. The few remaining clues have led her near Seville, to a state prison, whose governor is Don Pizzaro. Leonore suspects that it was Pizzaro's crimes that Florestan was intending to reveal. With no one to help her, led by instinct, courage and her unshakable love for Florestan, she has managed to gain admittance to the prison: disguised as a young man, named Fidelio, she has persuaded the jailer Rocco to take her on as his assistant.