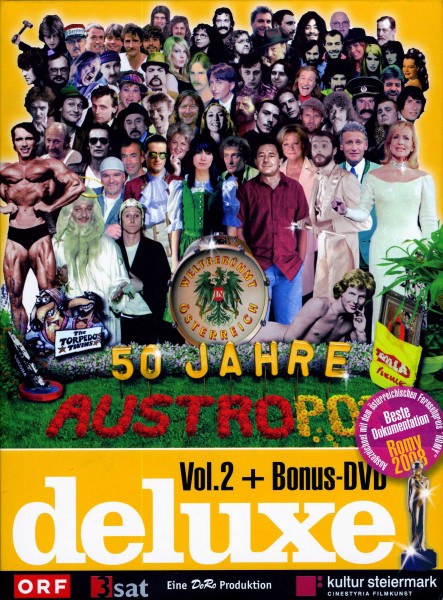 All the answers to these questions and many more are answered on WELTBERÜMT IN ÖSTERREICH  50 Jahre Austro Pop, the largest collection of Austrian pop culture since the second world war. With 157 original interviews, over 50 filmed concerts, and 600 songs the series covers all large events of the Austro Pop history. With a new concept and a modern chronology jumping from the past to the present to show the links more clearly showing the links. Also the DVD redefines Austro Pop, from Wolfgang Ambros to Christina Stürmer, from Georg Danzer to Kruder