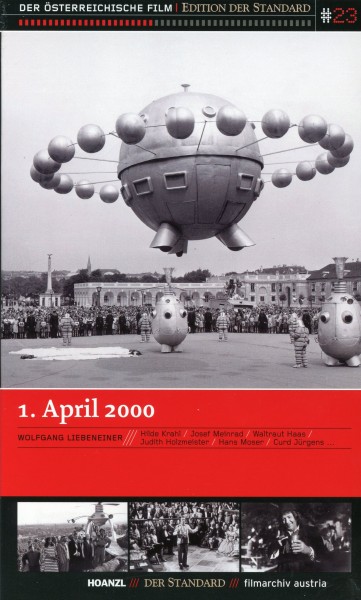 Description
Description
An Aprils fool in the future (Michael Freund) This science fiction movie was made in 1952... more
Close menu
Product information "1.April 2000"

This science fiction movie was made in 1952 in the mission of the Austrian government, with a star ensemble from Hans Moser to Josef Meinrad. In the year 2000 the soviet troops are still stationed in Austria and the independence is not in sight, but suddenly on the 1st of April the president of Austria declares independence and the world is shocked. UFOs of Schönbrunn!