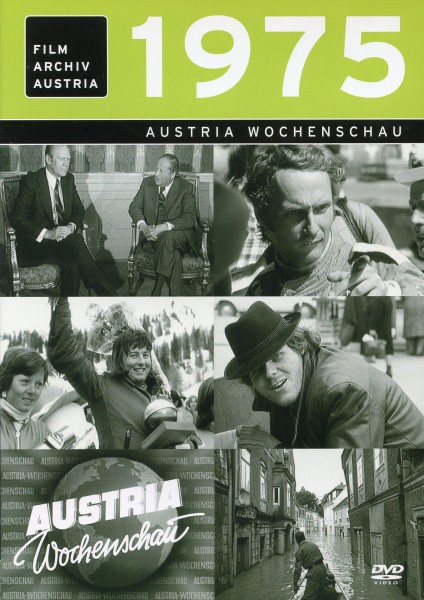 The atmosphere of the past in fast forward
AUSTRIA NEWSREEL 1975

The AUSTRIA NEWSREEL reports about Anwar al-Sadat and General Ford on state-visit in Austria, foreign minister Kissinger and Grmyko in Vienna, the ski-run World Cup as an Olympic dress rehearsal, the SPÖ wins the majority at the elections for parliament, Liz Taylor and Richar Burton in Africa, the Freedom-award winner Bruno Kreisky in New York, the flood disaster, the hostage-taking at the OPEC-headquarter as well a lot more of politic, culture, sport and society.

With the Filmarchiv-Austria DVD-series Österreichische Wochenschaun publishes the most important cinema reports of the cinema-newsreels of the 30ies to the 80ies. The annual editions contain the highlights from politics, sports , society and everyday life  apart from prominent occurrences of contemporary history, collective memories and sometimes oral history they transmit especially one thing: pure zeitgeist.